Radio Free World began in the early 1970's when Joey Latimer received a wireless radio transmitter kit for Christmas from his aunt and uncle. He built the kit, turned it on, and in the very first broadcast in Downey, California declared, "This is Radio Free World on the air!" This historic broadcast made it a few blocks away to the house of one of his friends who was on the phone with Joey and said, "I hear it!"

Joey wanted a broadcast kit because another of his friends, Fred Jones, set up some home built transmitters and began broadcasting under the name Radio Free Downey...pirate radio in suburbia! According to Joey, "Hanging out with Fred Jones in his garage studio one night (I'm not sure who all was there,) we were bouncing cool 'Radio Free' station names off each other until we agreed that 'Radio Free World' was the bee's knees of Radio Free names...radio that reaches all over the world!" 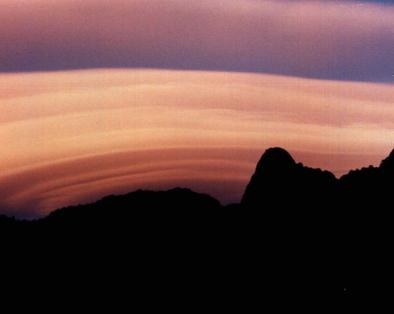 Later, after graduating high school, Fred Jones went on to become a DJ (General Birddog) at KNAC and being a Firesign Theater freak, eventually produced an album or two of them. Joey, Fred, and other high school drama friends, including Ned Bernardin, Kevin Bray, and Cindi Johnson, created an improvisational radio theater group called Radio Free World, with the intent on being like the Firesign Theater. After many personnel changes and not much to show except a lot of great ideas, RFW faded out after a few years.

Radio Free World was revived when Joey lived at a large apartment complex in Huntington Beach, California during the late 70's, called Huntington Gardens. Huntington Gardens was broken into four thematic sections (like the movie Westworld) with themes such as Polynesian, Roman, Greek, and Tudor. Around the outside were "pods" made up of studio apartments situated on stilts around circular staircases. Each living room in the Huntington Gardens complex was equipped with a speaker and volume control, which the management never used. Joey, who lived in a pod, came up with the idea to hook a large Scott tube power amp up to the speaker leads in his living room and began podcasting 'Radio Free World' over the 'Huntington Gardens Underground Radio Network.' Since people had volume controls, they could choose to tune in or not. The management didn't have a clue who was broadcasting, but it soon became the talk of the neighborhood. The programs were made up mostly of comedy shows and music, interspersed with L.A. Dodgers games, local weather, surf reports, and improvisational bits created by Joey's friends when they dropped by.

In the 1990's, when the Internet began to develop, Joey read some articles about Internet broadcasting, and decided  that this could be a way to revive RFW and send it across then entire planet.  So, he started radiofreeworld.com and began Internet broadcasting  local events, comedy shows, music, and spoken word. Realizing that a Web site is also informational and part of the World Wide Web, Joey also made radiofreeworld.com into a guide to connect people to other cool sites around the world and a place to share a world wide audience with events and people from Idyllwild, California.

In order to remain ad-free we rely on donations for support. Thanks!

A world of entertainment and information